Babashka pods are programs that can be used as Clojure libraries by babashka.

This is the library to load babashka pods. It is used by babashka but also usable from the JVM and sci-based projects other than babashka. 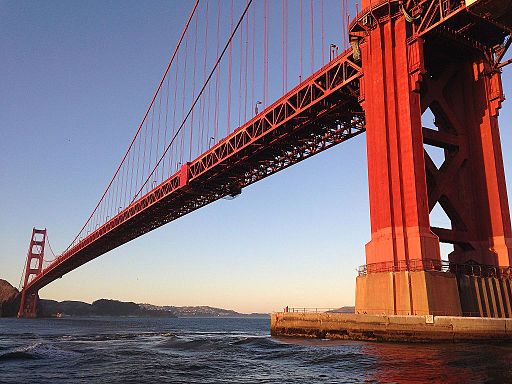 Pods are standalone programs that can expose namespaces with vars to babashka or a JVM. Pods can be built in Clojure, but also in languages that don't run on the JVM.

Pods can be created independently from pod clients. Any program can be invoked as a pod as long as it implements the pod protocol. This protocol is influenced by and built upon battle-tested technologies:

The name pod is inspired by boot's pod feature. It means underneath or below in Polish and Russian. In Romanian it means bridge (source).

For a list of available pods, take a look here.

The protocol should be considered alpha. Breaking changes may occur at this phase and will be documented in CHANGELOG.md.

Using pod-babashka-hsqldb as an example pod.

Where does the pod come from?

When calling load-pod with a string or vector of strings (or declaring it in your bb.edn), the pod is looked up on the local file system (either using the PATH, or using an absolute path). When it is called with a qualified symbol and a version - like (load-pod 'org.babashka/aws "0.0.5") then it will be looked up in and downloaded from the pod-registry.

By default babashka will search for a pod binary matching your system's OS and arch. If you want to download pods for a different OS / arch (e.g. for deployment to servers), you can set one or both of the following environment variables:

In a babashka project

As of babashka 0.8.0 you can declare the pods your babashka project uses in your bb.edn file like so:

Then you can just require the pods in your code like any other clojure lib:

The pods will then be loaded on demand when you require them. No need to call load-pod explicitly.

To use pods in a sci based project, see test/babashka/pods/sci_test.clj.

Implementing your own pod

Beyond the already available pods mentioned above, eductional examples of pods can be found here:

If you are looking for libraries to deal with bencode, JSON or EDN, take a look at the existing pods or nREPL implementations for various languages.

When choosing a name for your pod, we suggest the following naming scheme:

where <user-id> is your Github or Gitlab handle and <pod-name> describes what your pod is about.

Pods created by the babashka maintainers use the identifier babashka:

Exchange of messages between pod client and the pod happens in the bencode format. Bencode is a bare-bones format that only has four types:

Additionally, payloads like args (arguments) or value (a function return value) are encoded in either EDN, JSON or Transit JSON.

So remember: messages are in bencode, payloads (particular fields in the message) are in either EDN, JSON or Transit JSON.

Bencode is chosen as the message format because it is a light-weight format which can be implemented in 200-300 lines of code in most languages. If pods are implemented in Clojure, they only need to depend on the bencode library and use pr-str and edn/read-string for encoding and decoding payloads.

So we use bencode as the first encoding and choose one of multiple richer encodings on top of this, similar to how the nREPL protocol is implemented. More payload formats might be added in the future. Other languages typically use a bencode library + a JSON library to encode payloads.

When calling the babashka.pods/load-pod function, the pod client will start the pod and leave the pod running throughout the duration of a babashka script.

The first message that the pod client will send to the pod on its stdin is:

The pod should reply to this request with a message similar to:

In this reply, the pod declares that payloads will be encoded and decoded using JSON. It also declares that the pod exposes one namespace, pod.lispyclouds.sqlite with one var execute!.

To encode payloads in EDN use "edn" and for Transit JSON use "transit+json".

The pod encodes the above map to bencode and writes it to stdoud. The pod client reads this message from the pod's stdout.

Upon receiving this message, the pod client creates these namespaces and vars.

The optional ops value communicates which ops the pod supports, beyond describe and invoke. It is a map of op names to option maps. In the above example the pod declares that it supports the shutdown op. Since the shutdown op does not need any additional options right now, the value is an empty map.

As a pod user, you can load the pod with:

Example: the user invokes (sql/execute! "select * from foo"). The pod client sends this message to the pod:

The id is unique identifier generated by the pod client which correlates this request with a response from the pod.

An example response from the pod could look like:

Here, the value payload is the return value of the function invocation. The field status contains "done". This tells the pod client that this is the last message related to the request with id 1d17f8fe-4f70-48bf-b6a9-dc004e52d056.

Now you know most there is to know about the pod protocol!

When the pod client is about to exit, it sends an {"op" "shutdown"} message, if the pod has declared that it supports it in the describe response. Then it waits for the pod process to end. This gives the pod a chance to clean up resources before it exits. If the pod does not support the shutdown op, the pod process is killed by the pod client.

Pods may send messages with an out and err string value. The Pod Client prints these messages to *out* and *err*. Stderr from the pod is redirected to System/err.

If format is edn then the pod may describe reader functions:

Responses may contain an ex-message string and ex-data payload string (JSON or EDN) along with an "error" value in status. This will cause the pod client to throw an ex-info with the associated values.

The pod client will set the BABASHKA_POD environment variable to true when invoking the pod. This can be used by the invoked program to determine whether it should behave as a pod or not.

Pods may implement functions and macros by sending arbitrary code to the pod client in a "code" field as part of a "var" section. The code is evaluated by the pod client inside the declared namespace.

For example, a pod can define a macro called do-twice:

In the pod client:

Pods may attach metadata to functions and macros by sending data to the pod client in a "meta" field as part of a "var" section. The metadata must be an appropriate map, encoded as an EDN string. This is only applicable to vars in the pod and will be ignored if the var refers to Client-side code, since metadata can already be defined in those code blocks.

For example, a pod can define a function called add:

When your pod exposes multiple namespaces that can be used independently from each other, consider implementing the load-ns op which allows the pod client to load the namespace and process the client side code when it is loaded using require. This will speed up the initial setup of the pod in load-pod.

In describe the pod will mark the namespaces as deferred:

When the user requires the namespace with (require '[pod.lispyclouds.deferred-ns]) the pod client will then send a message:

upon which the pod will reply with the namespace data:

The pod will first declare a wrapper function accepting user provided callbacks as client side code. An example from the filewatcher pod:

The wrapper function will then invoke babashka.pods/invoke, a lower level function to invoke a pod var with callbacks.

The arguments to babashka.pods/invoke are:

The callback :success is called with a map containing a return value from the pod invocation. The pod can potentially return multiple values. The callback will be called with every value individually.

The callback :error is called in case the pod sends an error, a map containing:

The callback :done is a 0-arg function. This callback can be used to determine if the pod is done sending values, in case it wants to send multiple. The callback is only called if no errors were sent by the pod.

To run the tests for the pods library: