The clojure tool is written in bash. This is a port of that tool written in Clojure itself.

Reasons why I made this:

Experimental, but in a usable state. Breaking changes might happen to the non-standard functionality. Feedback and PRs are welcome.

There are three ways of running:

The binary version of deps.clj, called deps.exe, only requires a working installation of java.

Binaries for linux, macOS and Windows can be obtained on the Github releases page.

Install using the installation script on linux or macOS:

On Windows you might want to install deps.clj using scoop.

Alternatively you can install deps.exe using by executing the following line:

It's automatically added to your path. In Powershell you can use it right away. In cmd.exe you'll have to restart the session for it to become available on the path.

When you get a message about a missing MSVCR100.dll, also install the Microsoft Visual C++ 2010 Redistributable Package (x64) which is also available in the extras Scoop bucket. 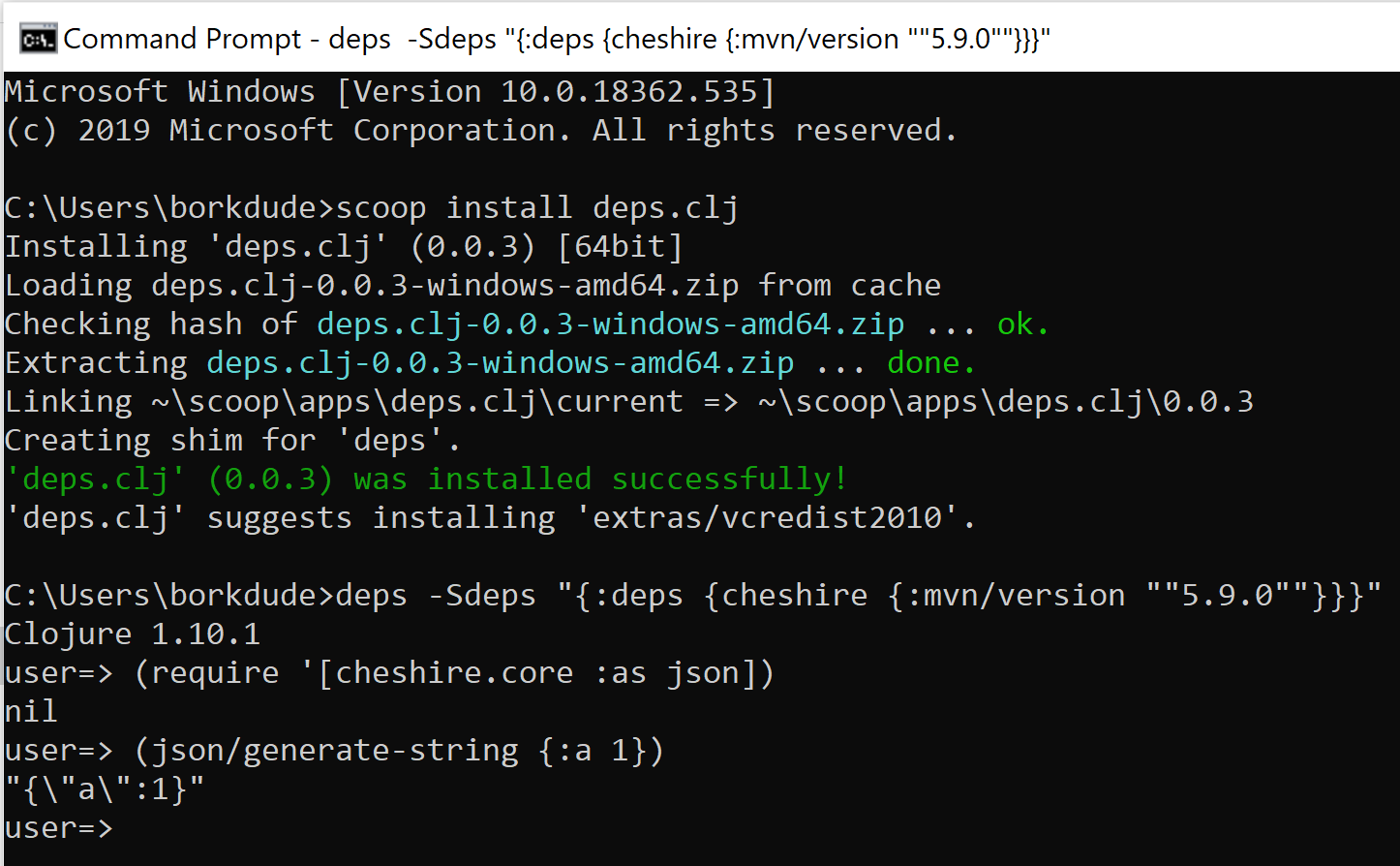 The script, deps.clj, requires a working installation of java and additionally bb or clojure.

It can simply be downloaded from this repo:

This project will look in $HOME/.deps.clj/ClojureTools for clojure-tools.jar. If it cannot it find it there, it will try to download it from this location. You can override the location of the jar with the CLOJURE_TOOLS_CP environment variable.

you can invoke deps.clj as follows to invoke babashka:

This can also be used with planck:

This project is based on code from clojure/brew-install which is licensed under the same EPL License.