A Clojure library for setting up consistent Component-based systems 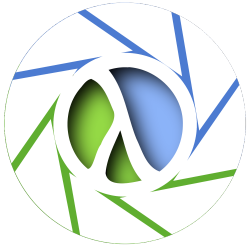 The Component Clojure library has been become an invaluable tool for Clojure developers who create applications with suites of potentially interdependent services or software that provides supporting functionality for other parts of the system. In real-world deployments, such system components often need to be started up in a particular (dependency) order, and conversely, shut down in a particular order.

The Component library has a great design: it does one thing well, completely focusing on that. However, in nearly all of my production deployments, I need more functionality, things that assist with debugging, monitoring, and fine-tuned operations. These include such things as:

The code in this library is one of those things that has evolved over time and keeps getting copied and pasted into new projects, with slight updates and improvments at each new iteration. The most recent big improvements were done:

In partciular, the second one is where an API emerged (using a protocol-based approach), and this was backported to the Hexagram projects. Afterward, the code was split out into it's own project, "dev-system". Once parts of it started being used for not just development systems in the REPL, but actual production applications, more refactoring ensued and the project was renamed "system-manager".

The system-manager has three conceptual parts:

The data can be changed by its own API functions, by those of the transition API, and of course by the high-level API as well. The data that need to be updated are system :status and the :system data structure itself. Both of these are stored in the state tracker, which is stored in the *mgr* data structure with the :state key.

There are two ways to use this:

More details on those usages are below, but first, here is more useful info:

All you need to do from here on out is:

The REPL namespace for this project is an example of this approach; for more insight, see dev-resources/src/clojusc/system_manager/repl.clj.