A clj template for for an Electron application built with deps.edn, Figwheel Main, Reagent, and test integration via cljs-test-display.

This will generate an Electron app with a main process (source for which is located in src/main), a single renderer process (src/renderer) and unit tests for both (src/test).

Before anything else, install Node dependencies:

To run a development build:

This will compile and run your Electron app, and display two windows, one containing your renderer, the other your tests displayed via clj-test-display: 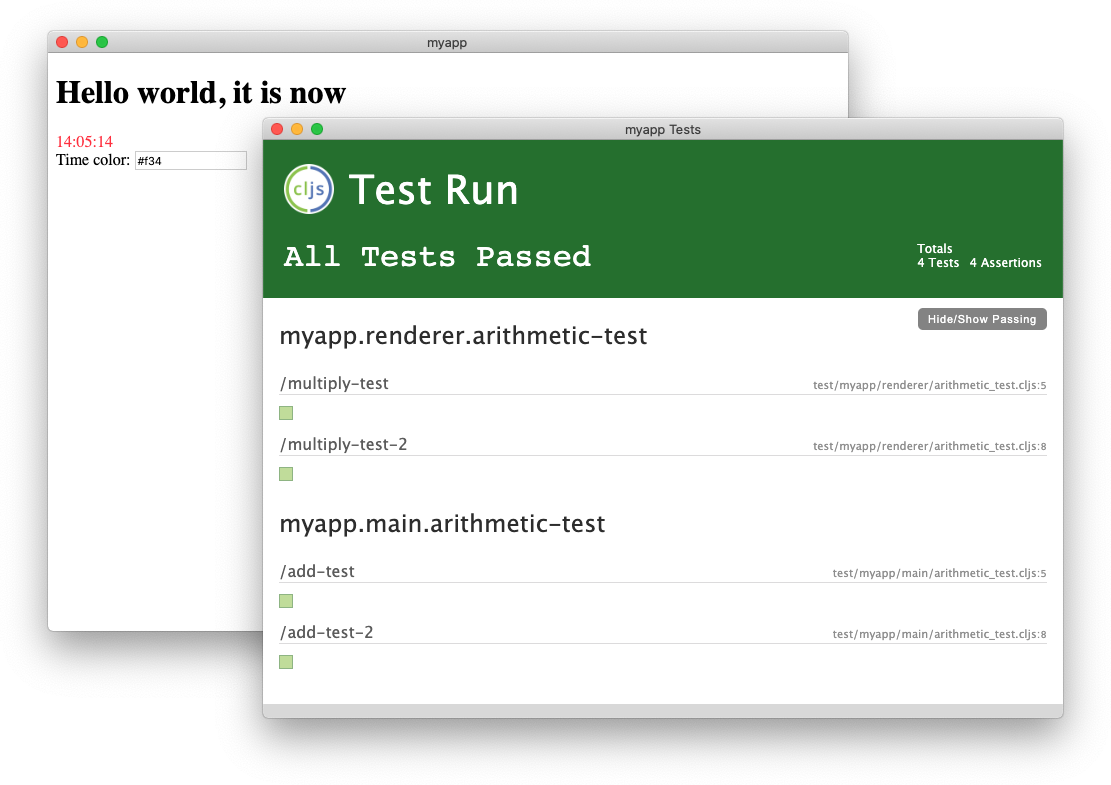 After the application has started, you should have a REPL running, with three Figwheel sessions connected (one for the main process, one for the renderer, and one for the tests). You can see these three sessions with (conns):

And switch between them with (focus session-name).

Go ahead and make changes to your source or via the REPL and watch the UI and/or tests update in real time.

The main and renderer processes need to be built separately, and then packaged into an executable with electron-packager:

To run tests from the command line (useful for CI builds):

Note that tests are run within an Electron process, so you will need to create a virtual display driver to run tests on a headless CI system.